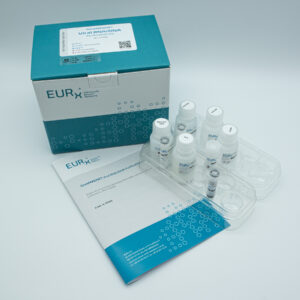 GeneMAGNET Viral RNA/DNA Purification Kit is designed for simultaneous isolation of viral RNA and DNA. The procedure is suitable for use with plasma, serum, other cell-free body fluids like milk, but also with human and animal tissues. Samples can be either fresh or frozen, assuming that they have not been frozen and thawed more than once.

The procedure is optimized for use with a starting volume of 200 μl. A simple protocol based on four steps (lysis, binding, washing and elution) minimizes the time of isolation and the possibility of contamination of samples. The addition of carrier RNA supports the binding of even small amounts of viral nucleic acids to the magnetic beads, which are subsequently washed with buffers efficiently removing contaminants that could influence the efficiency of reverse transcription, PCR or qPCR. The elution of purified RNA / DNA is carried out with RNase-free water. Purified nucleic acids are free of proteins, nucleases, and other impurities and are ready for use in amplification reactions or storage at -20°C.

Nucleic acids isolation can be performed in 1.5-2 ml Eppendorf tubes or on 96-well plates with working volume 800 μl. GeneMAGNET Viral RNA/DNA Purification Kit can be used with magnetic stand for tubes or 96-well plates that can be purchased separately. 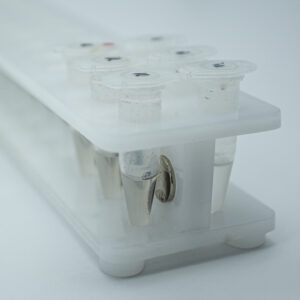 GeneMAGNET line is based on the use of silica paramagnetic beads (Magnetic Beads) for selective binding of RNA and DNA. The use of specially designed binding and washing buffers enables the efficient purification of highly pure nucleic acids.

This website uses cookies to improve your experience while you navigate through the website. Out of these, the cookies that are categorized as necessary are stored on your browser as they are essential for the working of basic functionalities of the website. We also use third-party cookies that help us analyze and understand how you use this website. These cookies will be stored in your browser only with your consent. You also have the option to opt-out of these cookies. But opting out of some of these cookies may affect your browsing experience.
Necessary Always Enabled
Necessary cookies are absolutely essential for the website to function properly. This category only includes cookies that ensures basic functionalities and security features of the website. These cookies do not store any personal information.
Non-necessary
Any cookies that may not be particularly necessary for the website to function and is used specifically to collect user personal data via analytics, ads, other embedded contents are termed as non-necessary cookies. It is mandatory to procure user consent prior to running these cookies on your website.
SAVE & ACCEPT